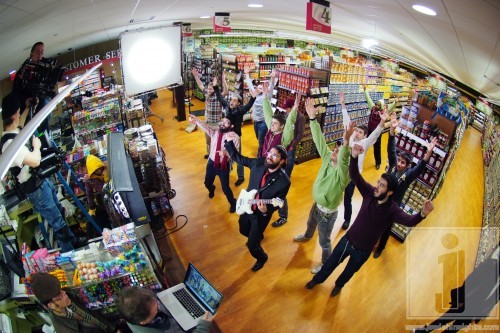 Jewish music fans are in for a special treat as 8th Day, fronted by brothers Shmuel and Bentzion Marcus, has just released a brand new music video featuring their smash hit “Ya’alili”.

“We are thankful to everyone who helped make this happen,” said Chaim Marcus who wrote and produced the video. “There are close to 50 people who appear in the video and most of the shooting happened in middle of the night”.

The video was shot on the Red One MX –a camera with incredible picture quality used mainly for feature films- and can be viewed in HD at 1080p.

“If this video doesn’t make you smile and dance, check yourself for a pulse” joked Bentzion Marcus, who produced and arranged the album -“you can file this one under the pure joy category,” he added.

The ever popular California based band is on its third printing of the new CD entitled “Chasing Prophecy”, as the new CD continues to be a best seller across the country and locally at stores like Eichlers in Flatbush, Tuvia’s in Monsey, Mostly Music in Boro Park, Judaica Plus in the Five Towns and Hamafitz and Judaica World in Crown Heights.

“They are flying off the shelves”, says Yoni Zigelbaum, singer and manager at Hamafitz, “I haven’t seen a CD sell quite like this” he added.

The music video -directed by the accomplished Hollywood director Larry Guterman- was shot entirely at the very popular Pomegranate Supermarket in Brooklyn and features an incredible supporting cast including Eli Schwebel, lead singer of Lev Tahor. For more info you can visit www.my8thday.com 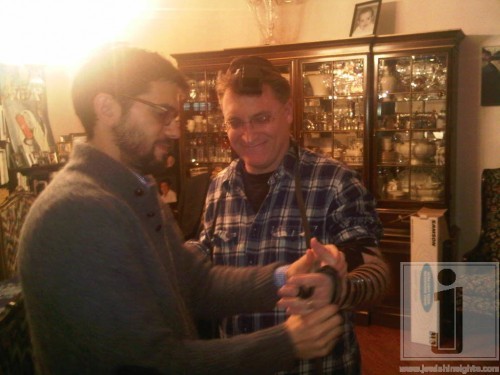