The huge audience was thirsty for his songs, and the last 2 nights chassidic singer Yaakov Shwekey did not let them down when he appeared for the second time Hall of Fame of Israeli music. The stadium at Caseria was full to capacity and not just in the audience by on stage as well. Two hundred voices, 60 musicians with instruments, duets, new songs and guests performances. Missed the show? Well you can at least see the gallery below and marvel at the concert that was. Guest performers were Chazan Yitzchok Meir Helfgot & Chaim Israel. Surprise guests were Baruch Levine and two of the Shapiro Brothers (Acheinu). 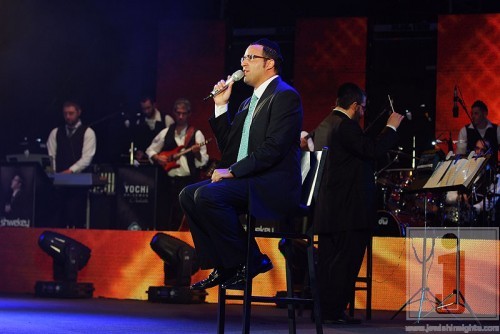 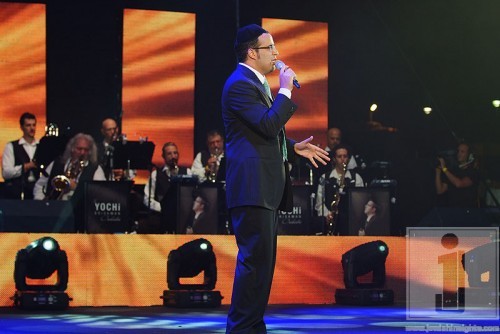 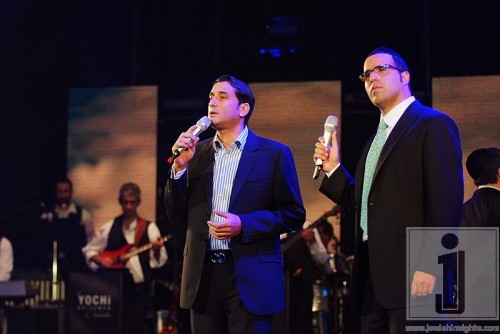 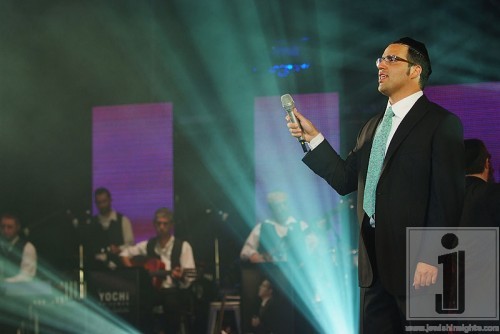 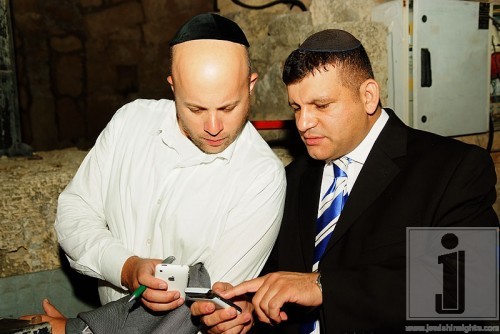 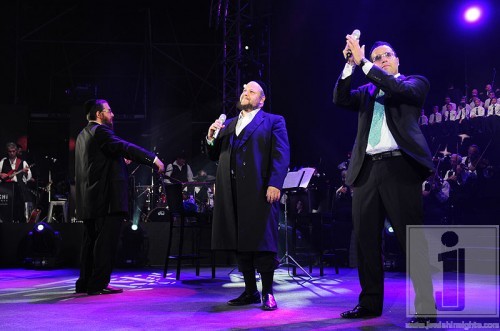 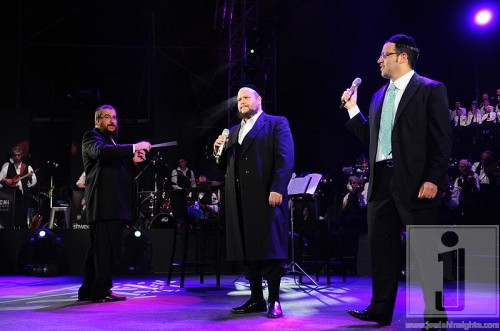 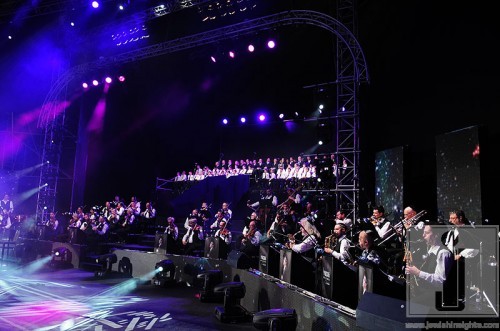 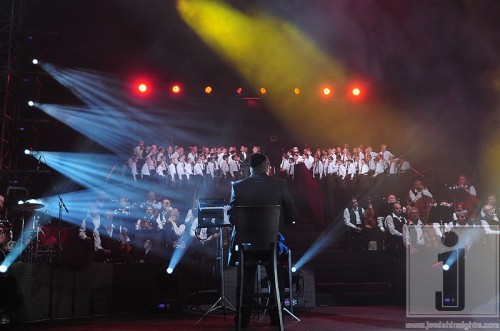 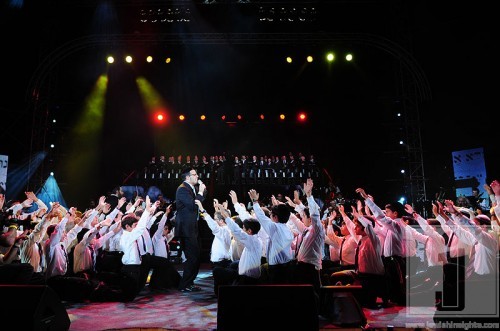 Yaakov with the children’s choir 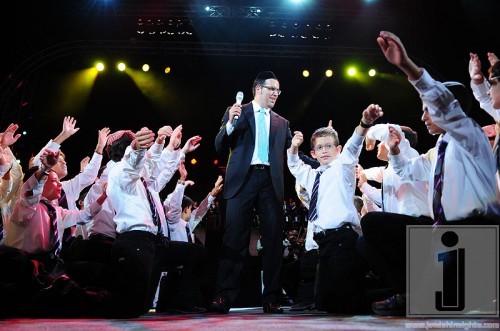 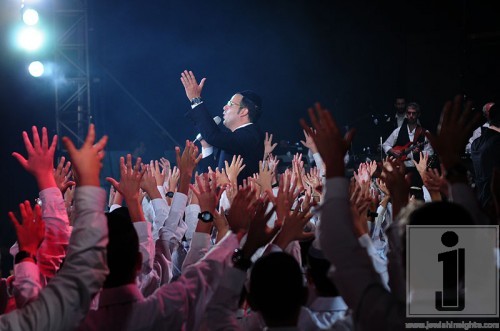 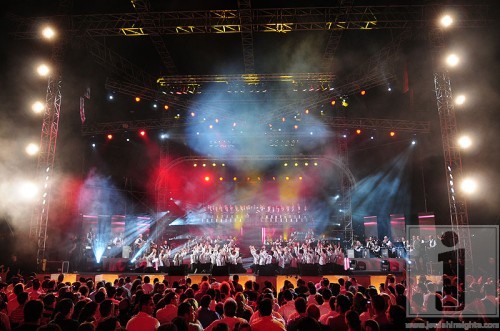 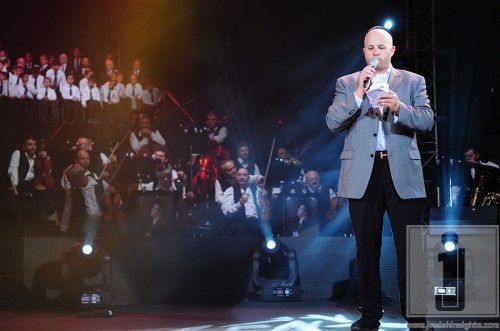 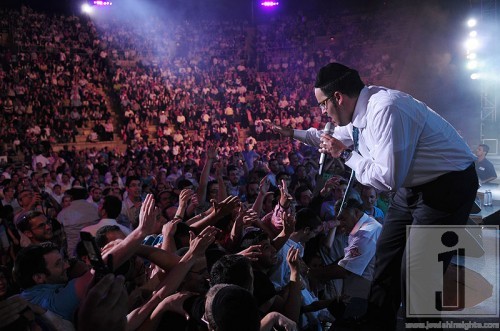 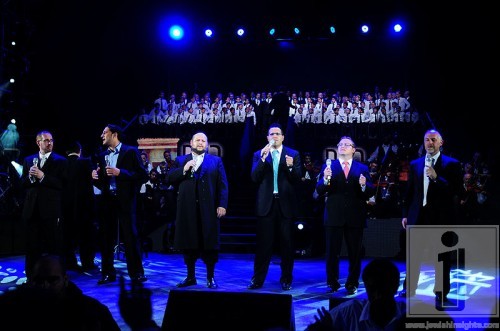 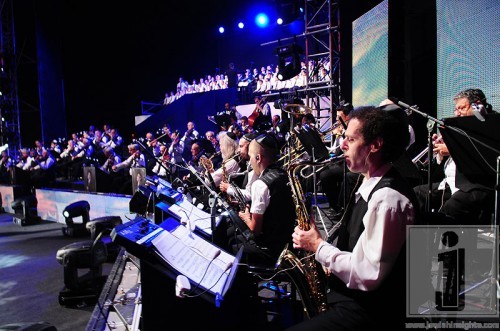 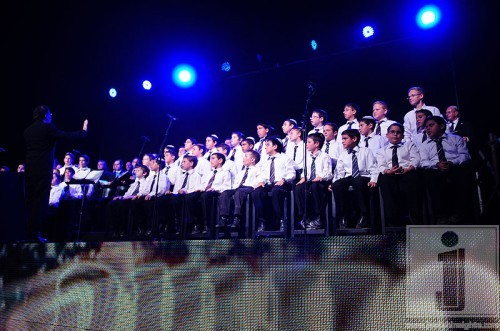 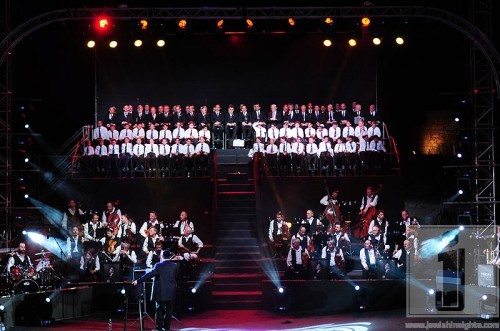 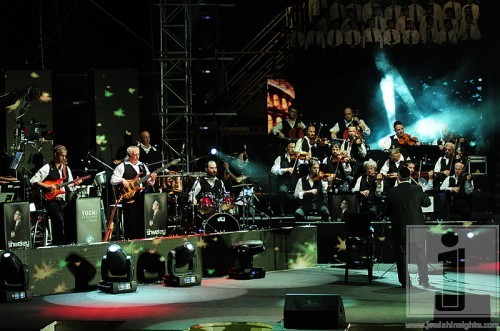 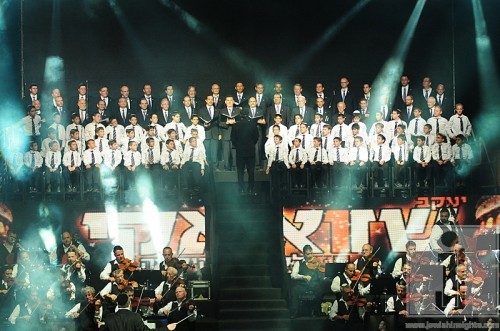 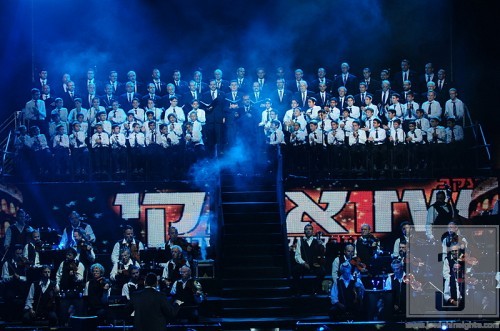 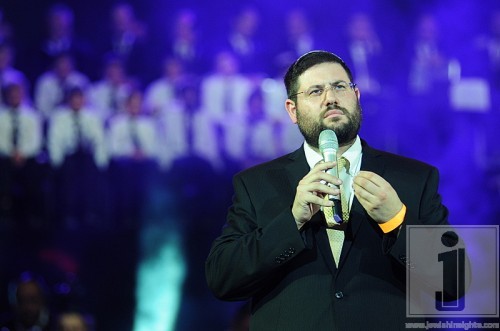 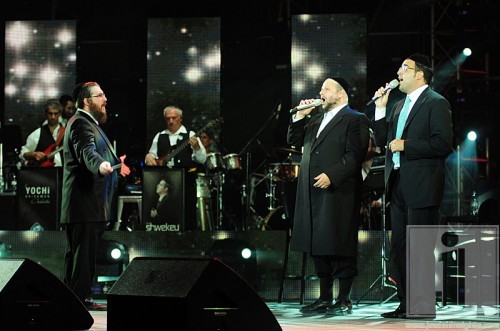