It’s amazing that 28 years after the first HASC A Time For Music hit the stages of Manhattan, this amazing organization and their fundraising event continues to thrive. That is almost three decades of premiere entertainment, as well as top of the line facilities, education, and care of children with special needs.

This year’s concert at Avery Fischer Hall at Lincoln Center was perfection. Kudos to Suki & Ding Productions for putting together a tightly knit show, with no time for the audience to become bored. Making his HASC debut and opening up the show was rising star Simcha Leiner. Simcha opened up with Mi Mi and closed with the title track of his debut album, Pischi Li. His power and control always seem to amaze me. The crowd roared their approval as well. Next up, master of ceremonies, Nachum Segal, announced superstar Benny Frieman. Benny opened up with Toda off his latest album Kol Haneshama Sheli with backup by the Zemiros Group. Then, Friedman surprised the audience by dedicating a song to Sholom Mordechai Rubashkin with rousing rendition of the hit song V’afilu Behastura. Next was the camp HASC summer video set to the hit song Bum Bum. Then it was time for DEDI. I for one, have missed this powerhouse voice and great stage presence. DEDI performed his hit songs Lecha Etein and Chevron. DEDI then cracked some jokes about KD and introduced Avery Fischer Hall to his “single” son Aviel. The father and son proceeded to perform the worldwide phenomenon Hashem Melech and rocked the house. Senator Charles Schumer spoke about the importance of HASC and the unity of the Jewish people whether in France or Israel. It was time for the king of the piano, Abie Rotenberg. Abie said something very profound. Although it’s been a hard year with some terrible tragedies, we must remember some of the amazing things that happened as well. For example, the Shabbos Project. Many Jews worldwide kept Shabbos for the very first time. Abie went on to perform Lakol Zman. Abie then invited Benny Friedman to join him on stage to sing B’shem Hashem, It was beautiful. Just when you thought it couldn’t get any better, Abie introduced Simcha Leiner with an amazing song he composed that took the world by storm, Kol Berama. Simcha and Benny’s harmonies coupled with Abie’s voice sent chills down everyone’s backs. It was truly mesmerizing. Finally DEDI emerged from stage left to join the trio as they performed Abie’s Acheinu.

After another HASC video, it was finally time for the star of the evening, Yaakov Shwekey. Shwekey emerged full of energy, and thrilled the crowd with performing his hit song Am Yisrael. Halfway through the song a camp HASC camper joined Yaakov on stage, and everyone was loving the connection. Shwekey then acknowledged his friend composer Yitzy Waldner who was in the audience and performed his song Meheiro. Then it was time to rock the house with the Yossi Muller hit, Lo Yaavod Odom. Then Yaakov welcomed Abie Rotenberg back to the stage as they performed together some HASC classics, including Small Piece of Heaven and Who Am I. From there it was more fun with Shwekey’s Rau Banim, Kolot and a medley of song of his biggest hits. Neginah orchestra was on fire with a full brass and string section conducted by Yochi Briskman himself. After performing V’hei Sheomda and Et Rekod, it was finally time for the finale. Each singer came back on stage one at a time singing the choruses of their hits with the entire cast closing out the night to Yaakov’s Cry No More.

These beautiful photos are only a glance at some of the amazing entertainment of the night, frozen in time by official HASC photographer Stan Weiss. 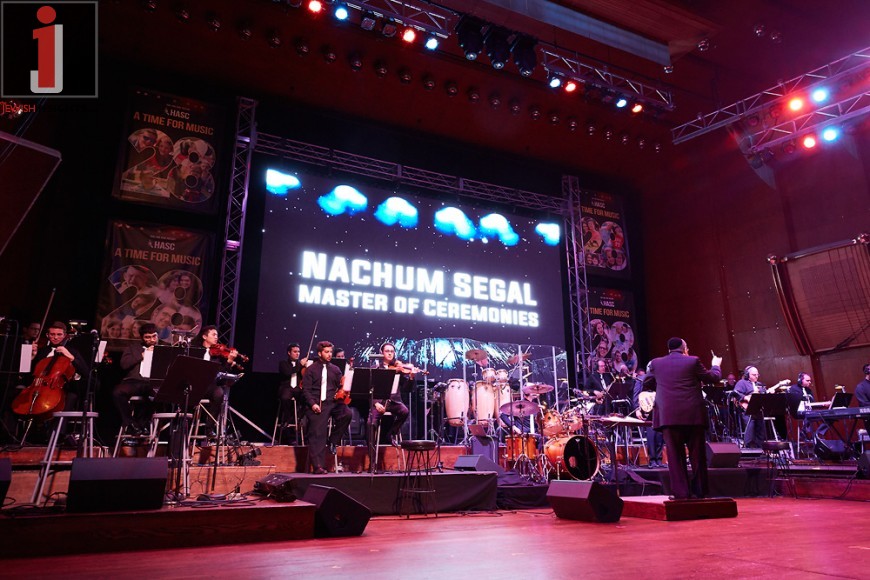 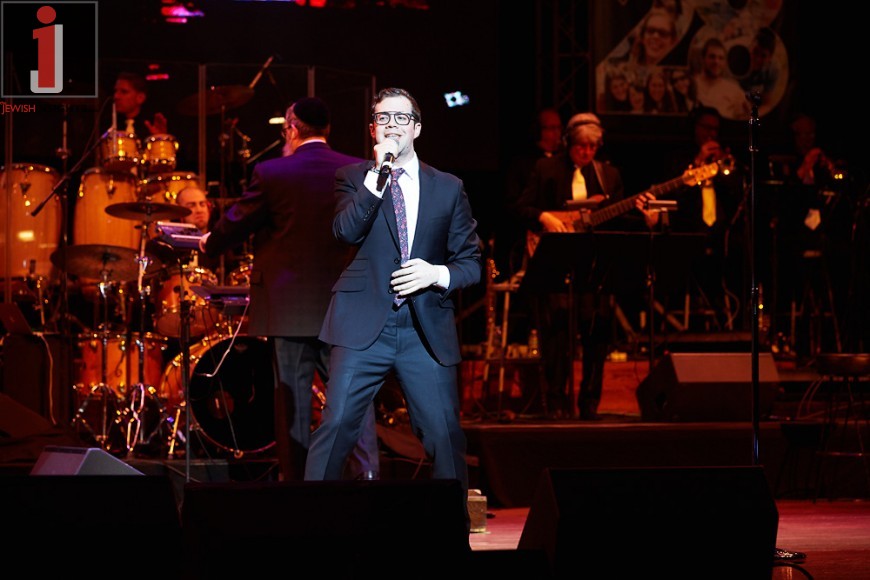 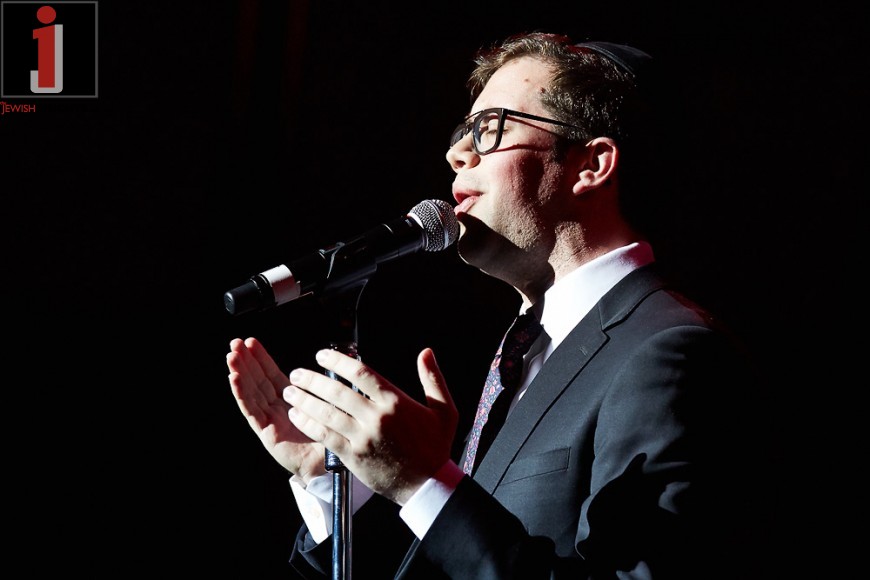 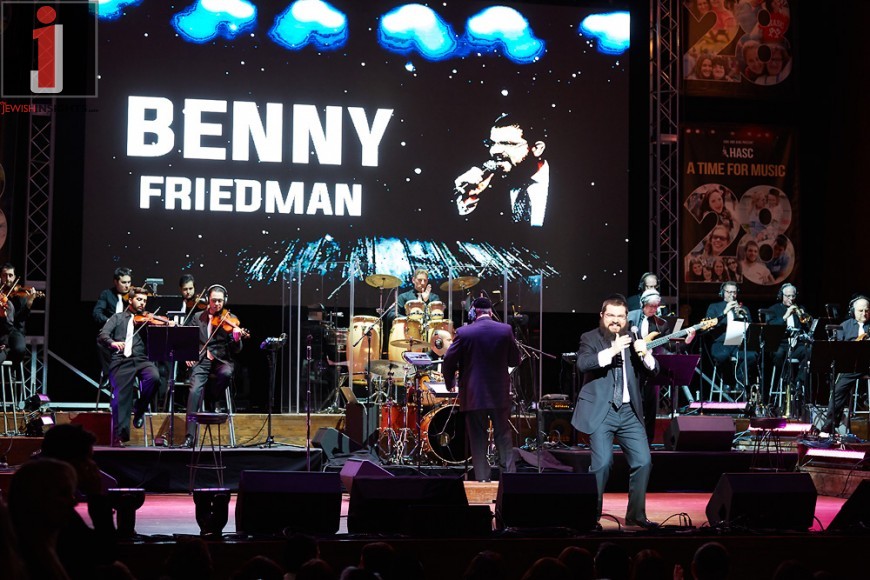 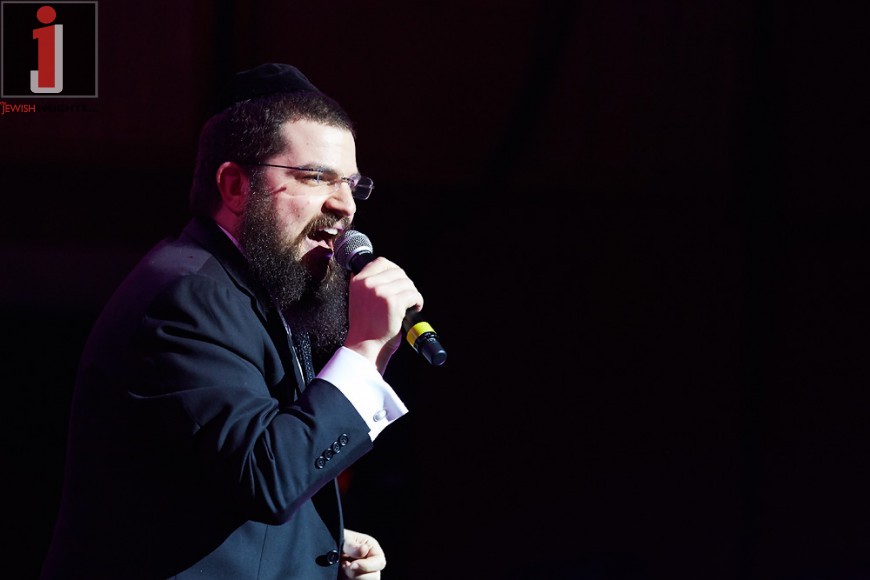 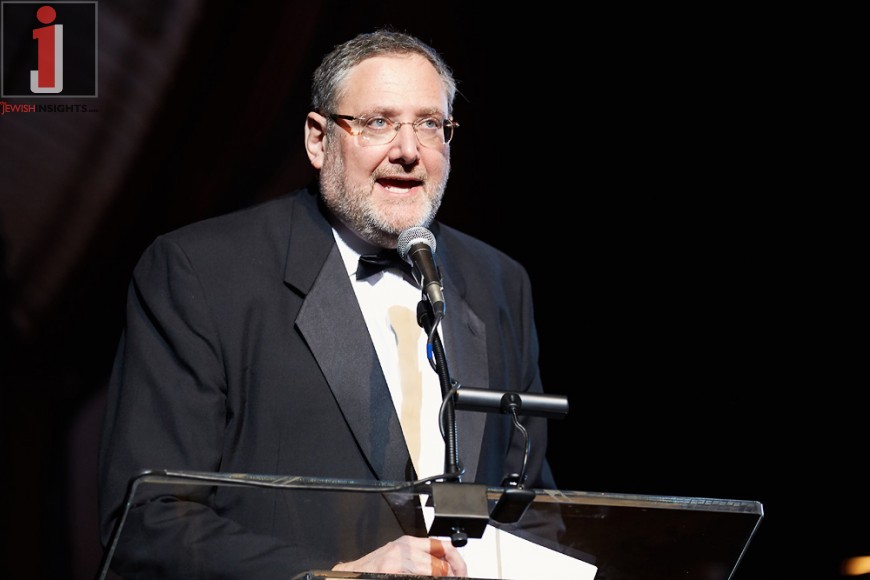 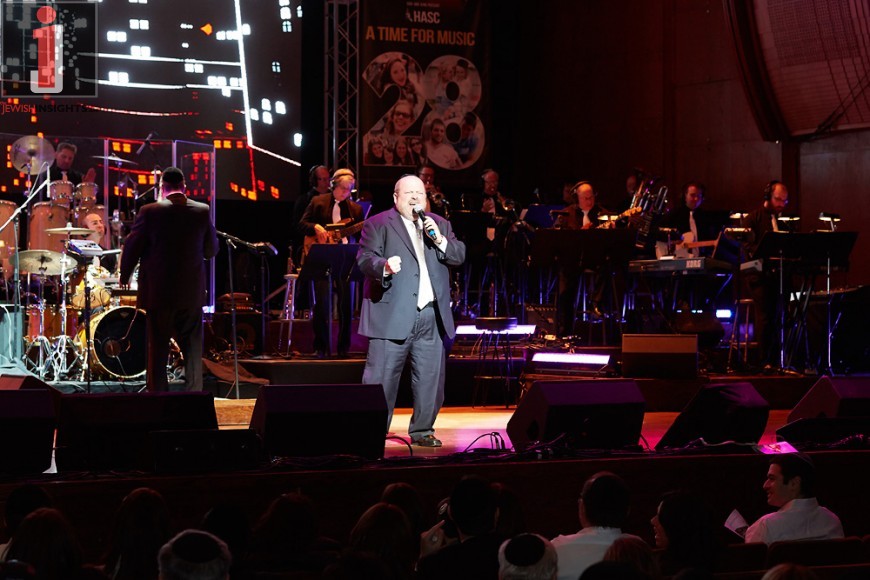 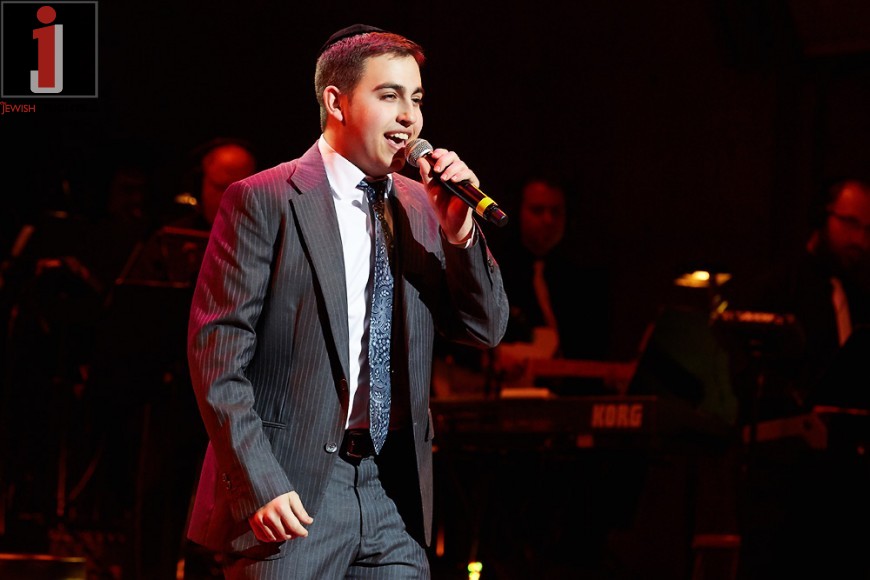 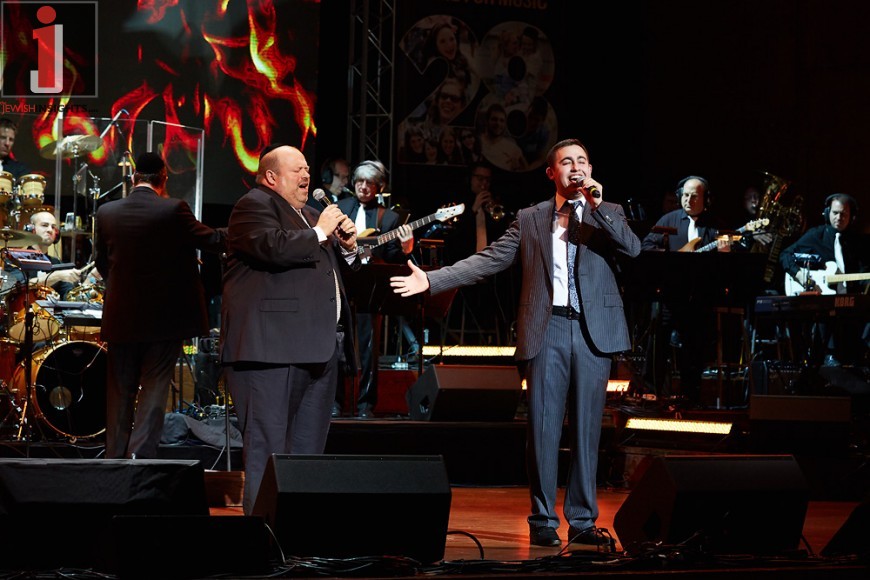 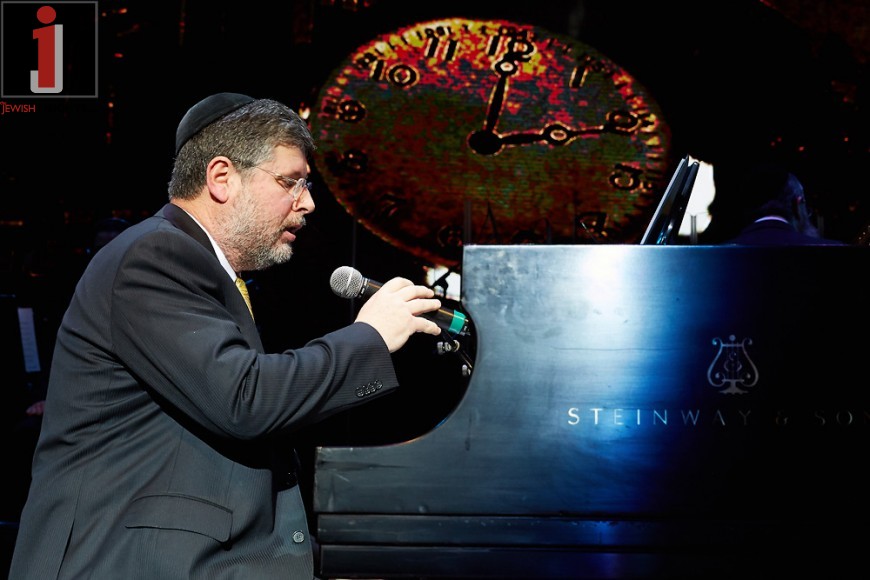 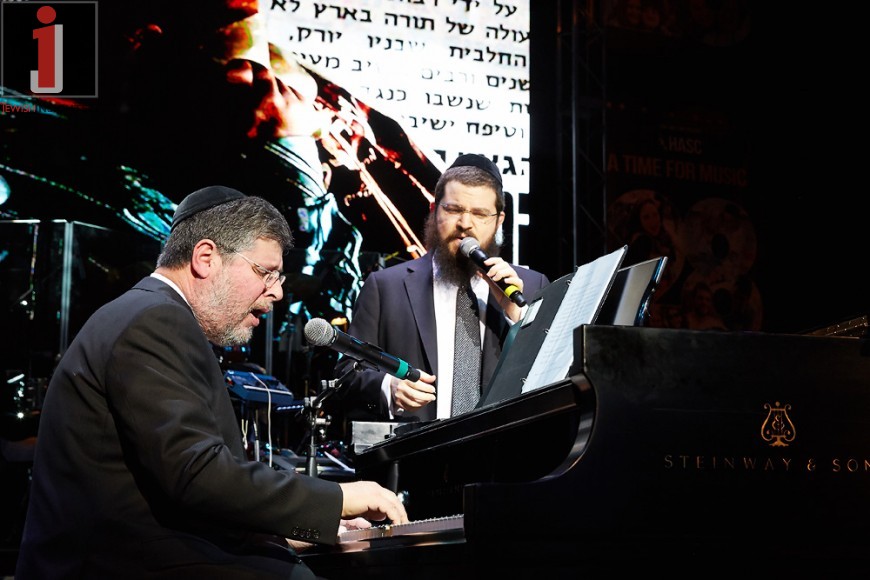 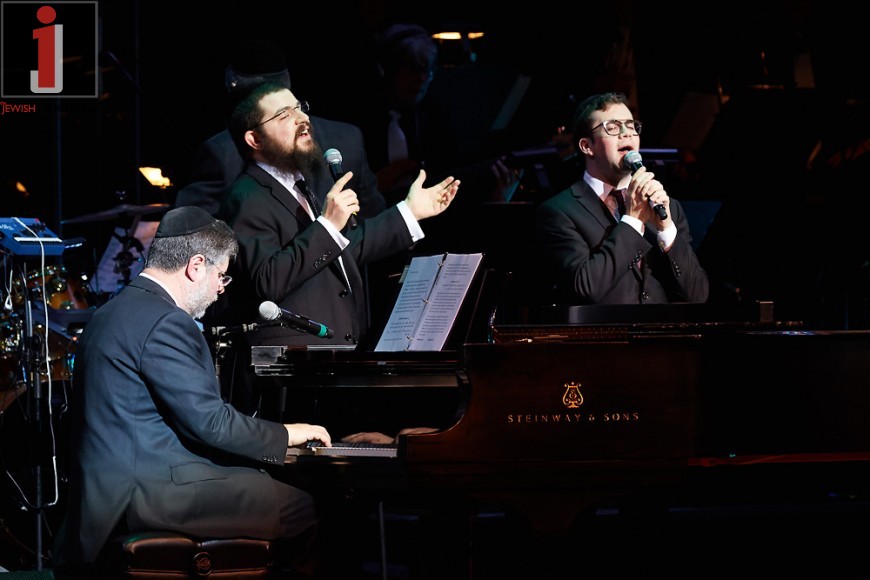 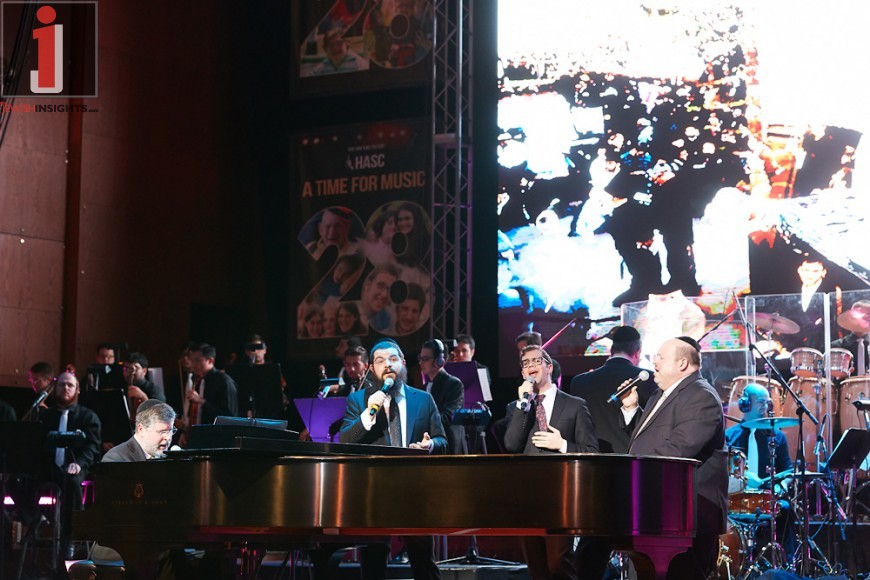 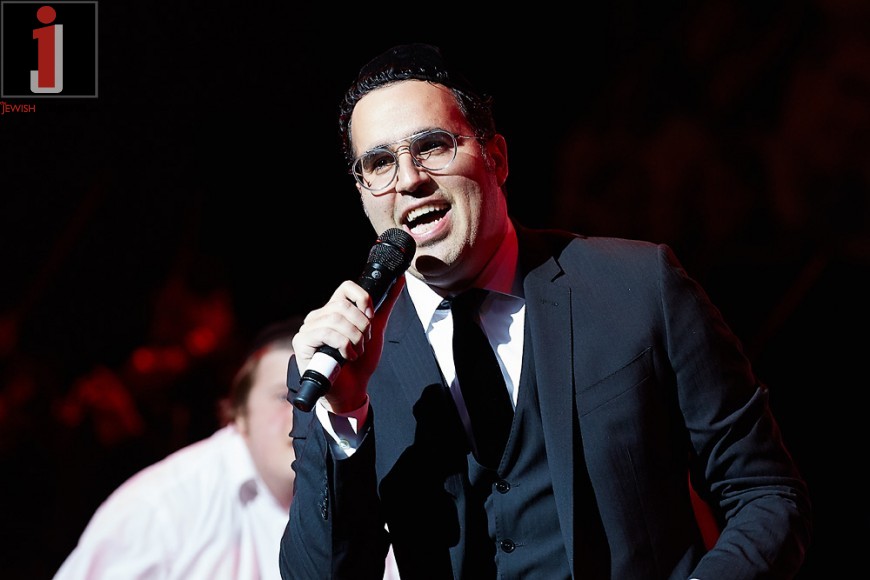 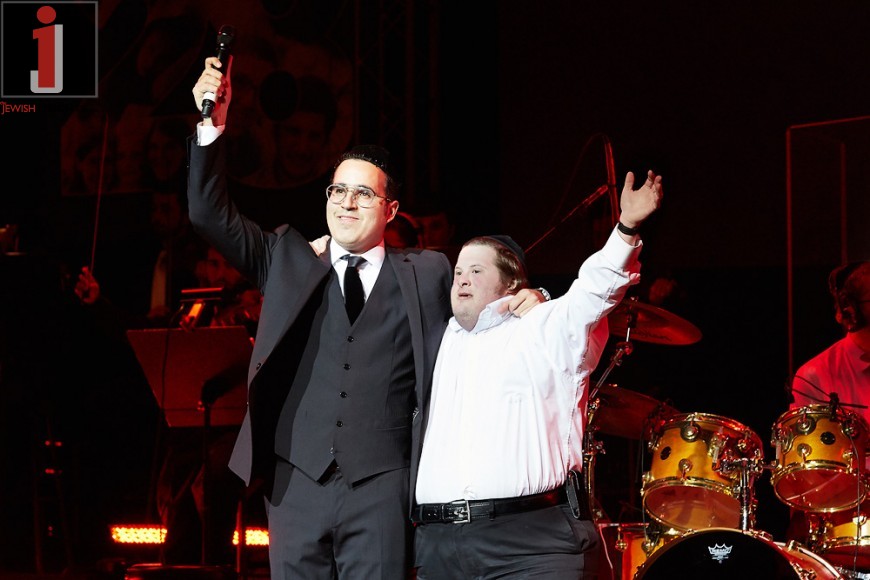 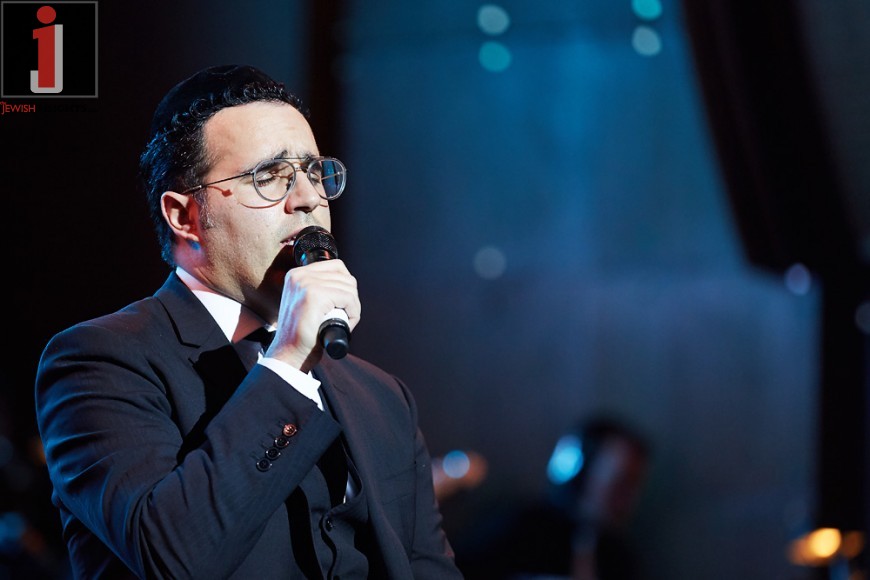 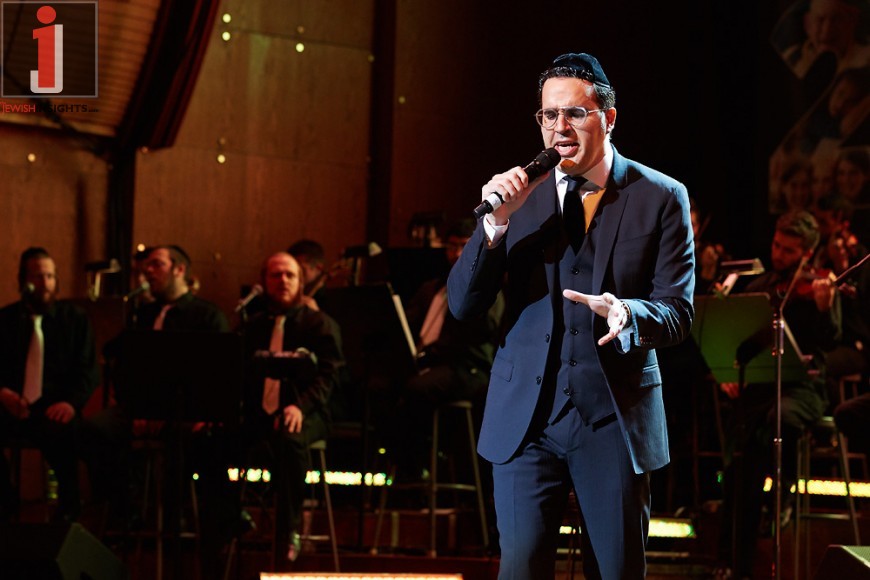 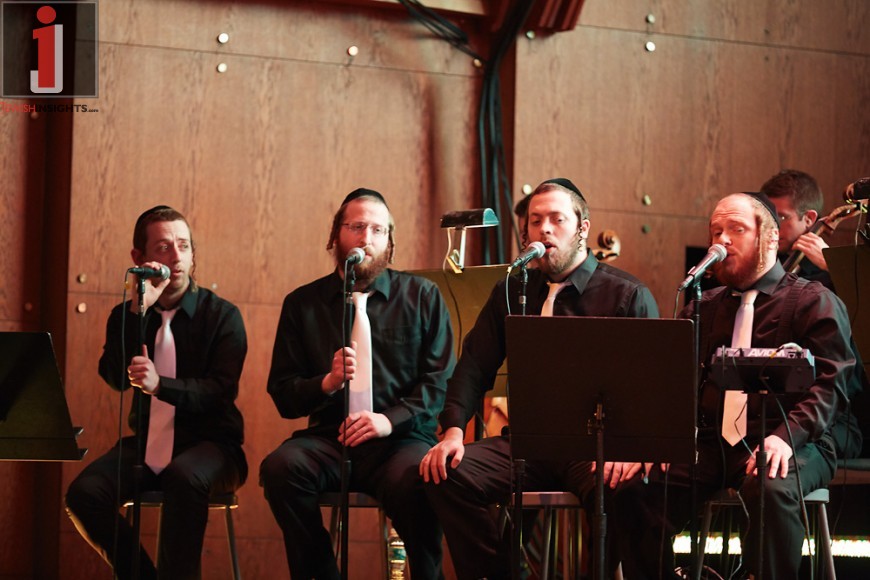 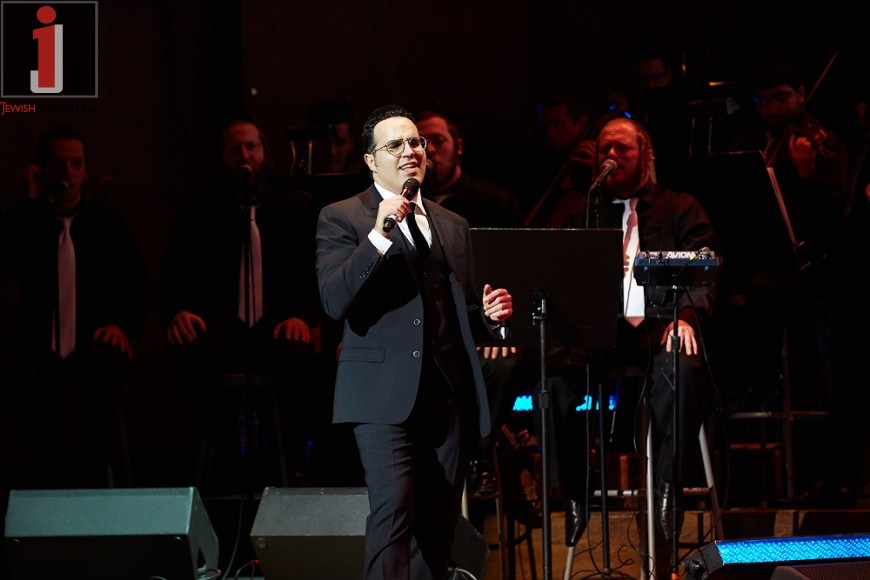 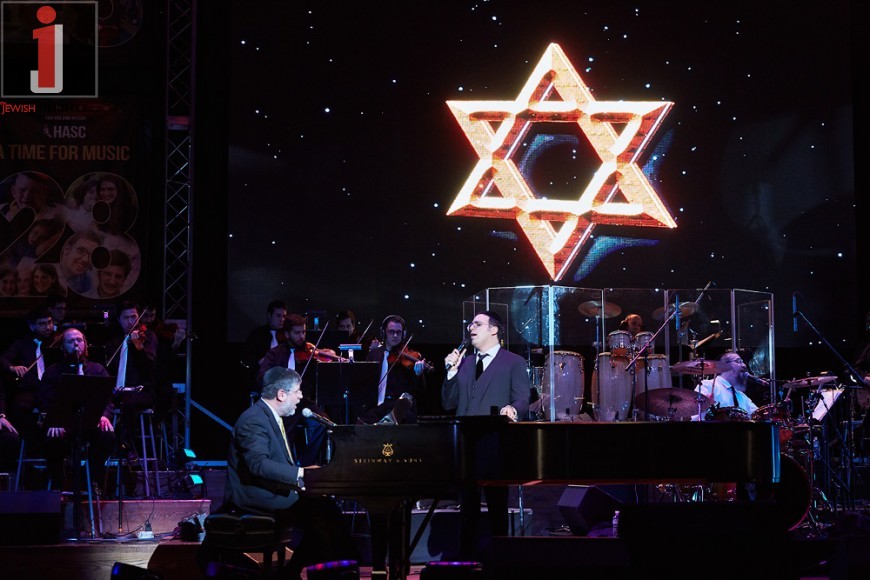 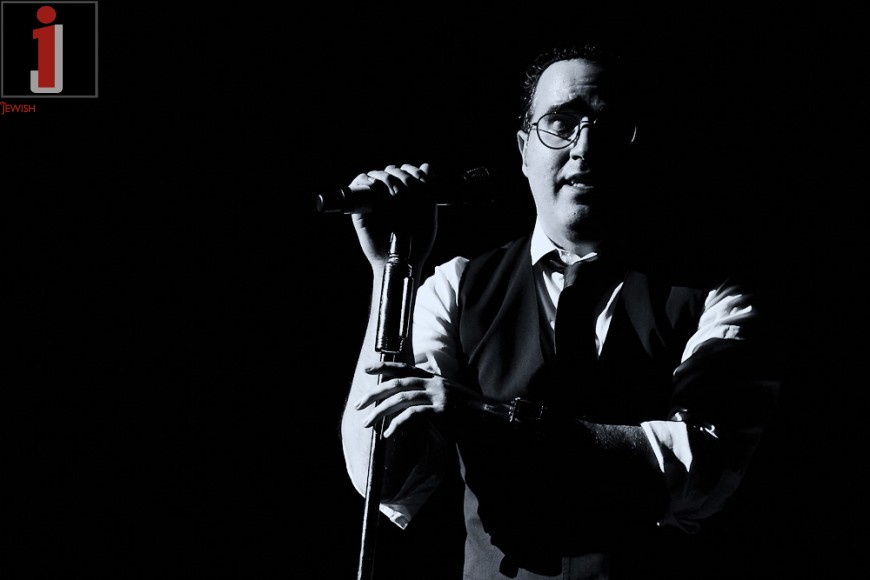 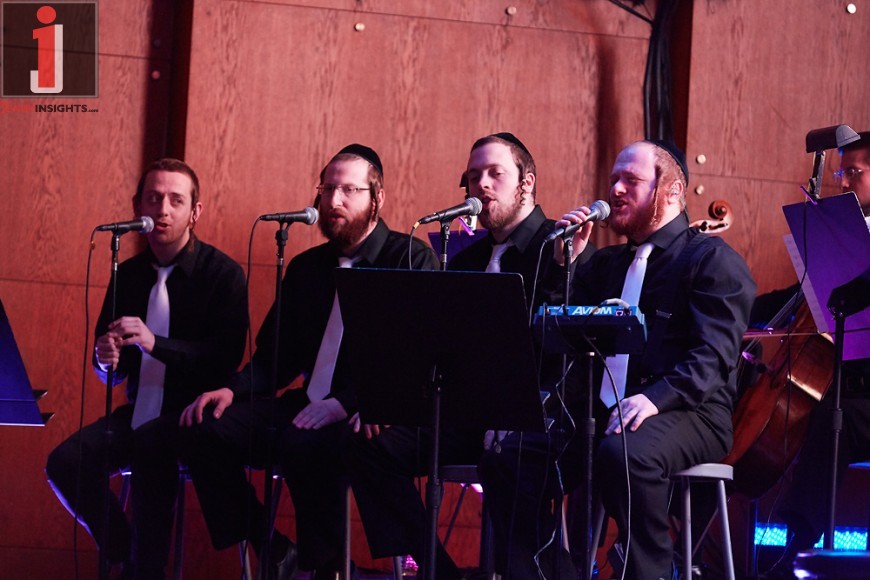 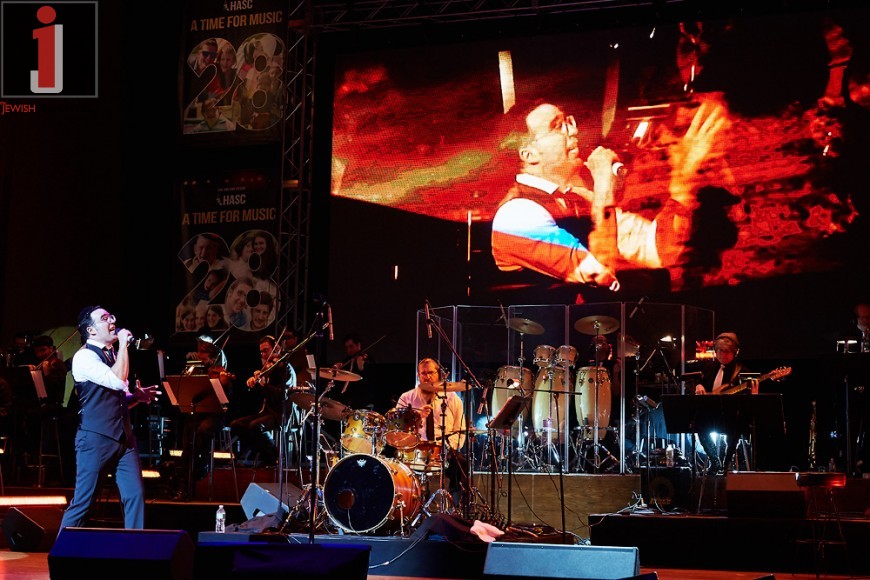 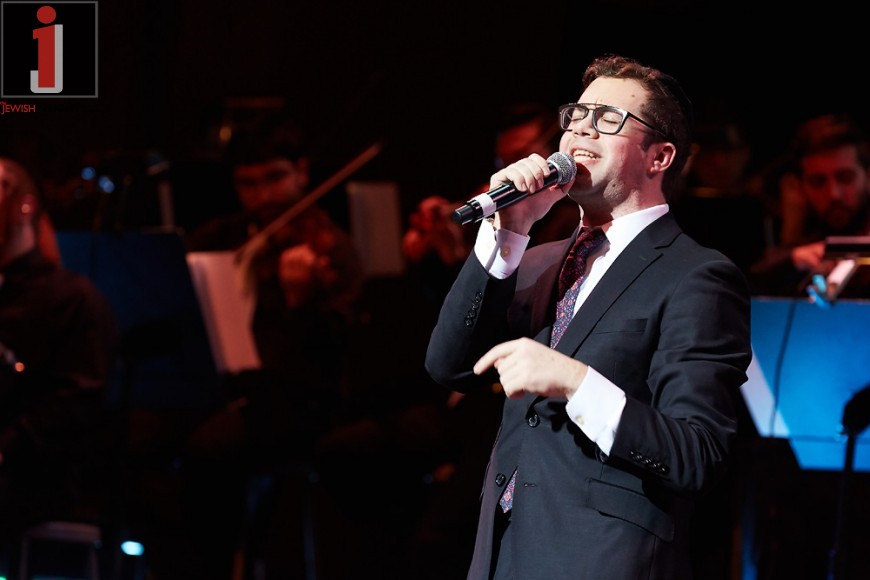 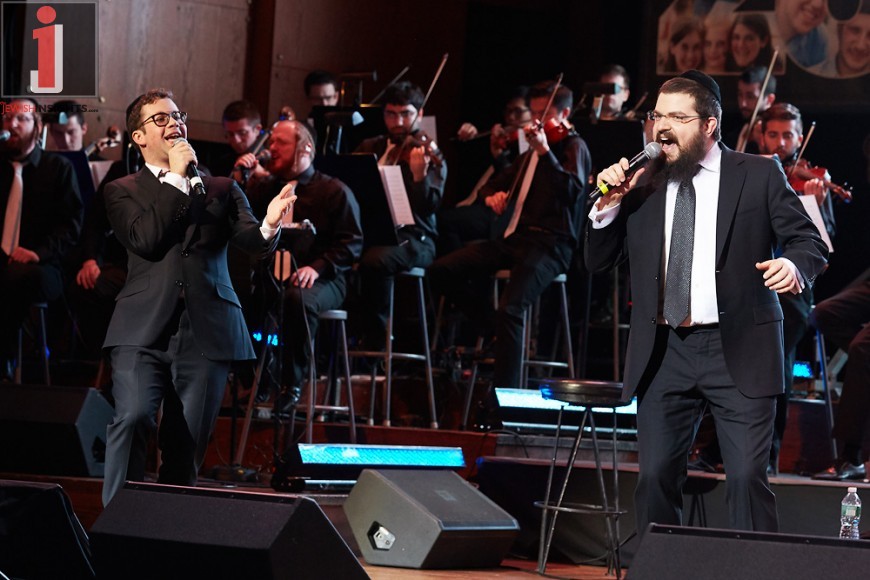 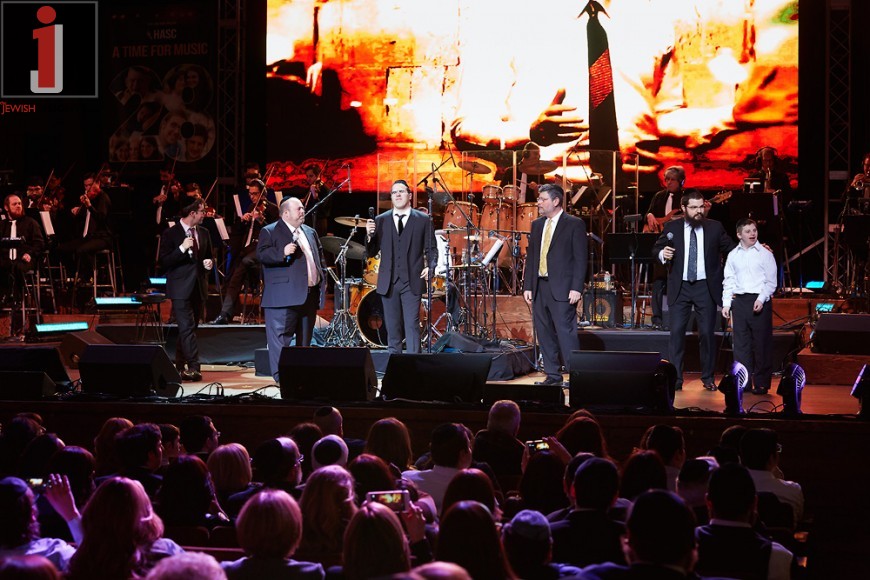