Avoda Shebalev 2: Music that is Truly from the Heart

His name may not be familiar yet to many in the United States, but after one listen to Moshe Dovid Weissman’s new album, the songs have the feel of music that you have somehow known for years. There is no doubt that Moshe Dovid is a traditionalist and his new album, Avoda Shebalev 2, is filled with inspiring, comforting songs that are sure to win the hearts of Jewish music lovers worldwide.

Avoda Shebalev 2 is a follow-up to Moshe Dovid’s 2012 debut album, a ten song disc produced and arranged by Shlomo Katz. While not heavily marketed in America, the album, which also featured guitars by Katz, won Moshe Dovid an instant following of dedicated fans.

“I got a lot of positive feedback from that album,” explained Moshe Dovid. “It has the type of songs that you can sing along with. Most people are not making that kind of music anymore, but those are the kinds of songs that I usually write. It isn’t glamorous or flashy, but I am told that there a lot of people out there who still want to listen to that kind of music.”

Moshe Dovid, who grew up in the Five Towns and now resides in Beitar Illit, originally started playing guitar as an NCSY adviser.

“I used to run chapter Shabbatons in Long Island and we liked to have a kumzitz on Motzei Shabbos,” said Moshe Dovid. “I didn’t always have a budget for a keyboard player but a friend told me that you can play almost every kumzitz song on a guitar with just five chords. He taught me those chords and I was able to do it.”

Years later, Moshe Dovid came home and found a surprise waiting for him, a birthday gift from his wife.

“There was a guitar teacher sitting in my living room,” said Moshe Dovid.

The teacher, Eyal Zeidman, was a composer by profession, who also gave guitar lessons.

“He liked to slip in a little music theory here and there and at some point I learned about chords and progressions,” said Moshe Dovid. “Eventually he suggested I try composing and that was what got me started.”

Several of those songs appear on Moshe Dovid’s first album.

“Somewhere along the way I started writing a lot more songs,” said Moshe Dovid, which led to his latest release, Avoda Shebalev 2, co-produced and co-arranged with blues guitarist Lazer Lloyd, who also plays all the guitars on the album. Joining Moshe Dovid behind the microphone are vocalists Ari Goldwag, Shlomo Katz, Yerachmiel Ziegler, Davy Dombrowsky, Yitzchak Meir and Aryeh Simon.

Avoda Shebalev 2 includes a variety of musical styles and Moshe Dovid describes it as sounding “more acoustic and less electronic” than many of the Jewish music albums that are currently being produced.

“There are a couple of Freilech songs, a Kleizmer inspired instrumental, a couple of country-sounding tracks, and even one rock song,” said Moshe Dovid. “And of course a bunch of shirei regesh, heartfelt music.”

Avoda Shebalev 2 is already being welcomed warmly on both sides of the Atlantic and two songs from the album, Shmuel and Yesimeich, have managed to snag the coveted number one spot on Nachum Segal’s weekly [email protected] poll hosted by Yossi Zweig.

Moshe Dovid has put out several free singles which are available at www.avodashebalev.com. He posted two of them as Free Downloads on mostlymusic.com. He hopes that as more and more people hear his songs, his music will find its way to its intended destination: the hearts of his listeners.

“The idea is just to get the niggunim out there and hopefully people will like them, connect with them and sing them,” said Moshe Dovid.

Avoda Shebalev 2 features 13 songs and is available for purchase and download at www.mostlymusic.com. 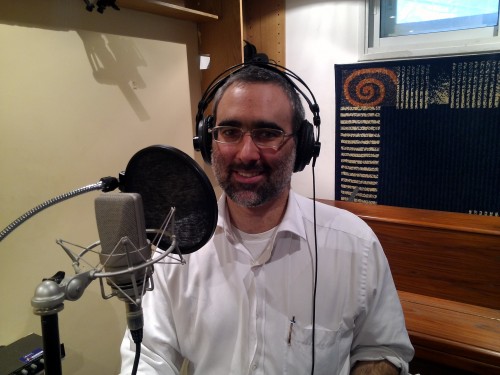 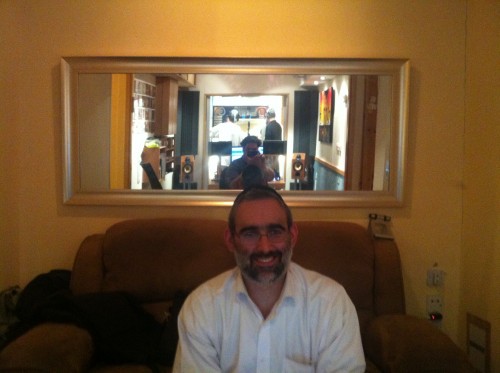 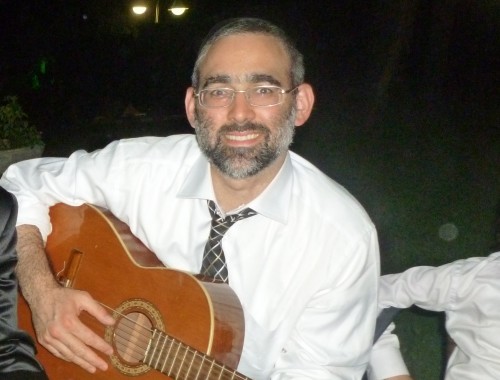